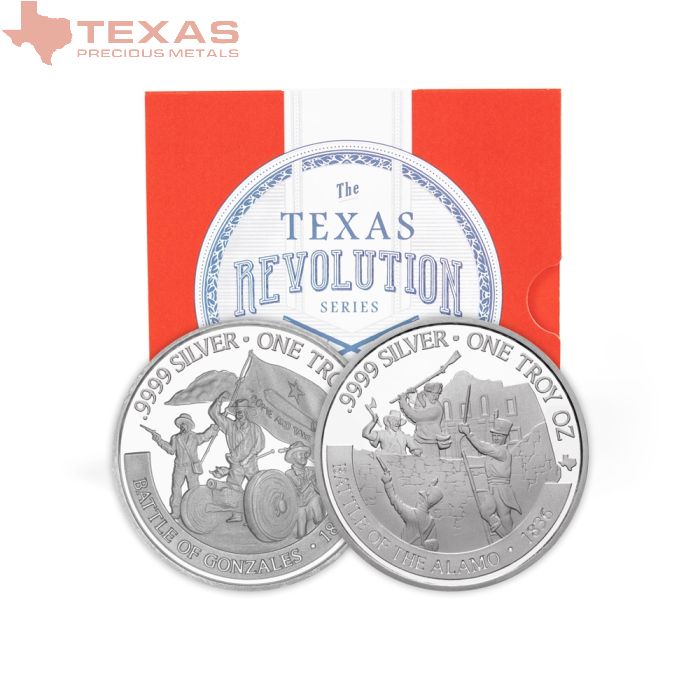 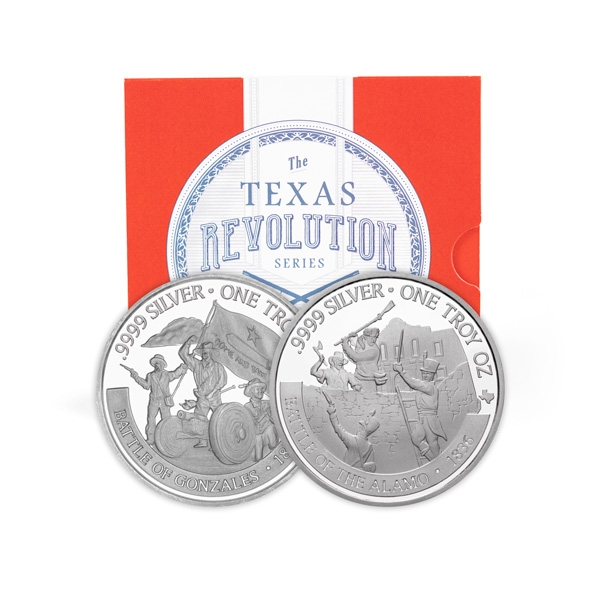 With the second of the Texas Revolution four coin series, we are offering a special limited edition Collector's Booklet highlighting these historical events bundled with the first two coins of the series. The booklet serves as both a protective coin holder and a beautiful display piece. This coin and booklet set will make great gift for the Texas history enthusiasts. Each booklet comes with a matching protective sleeve. 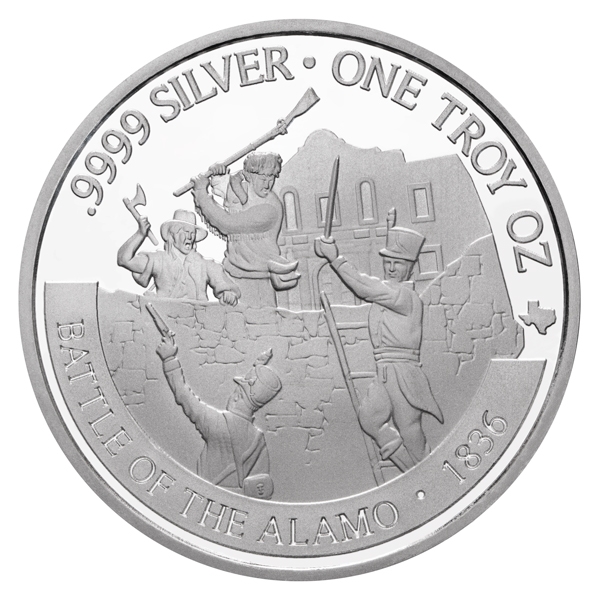 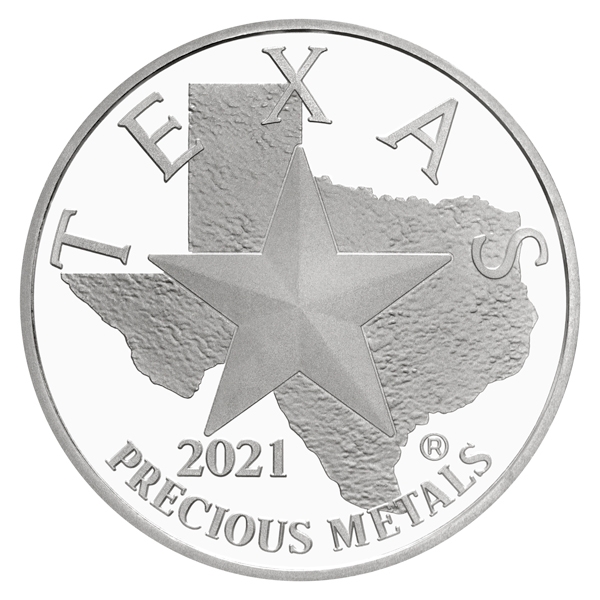 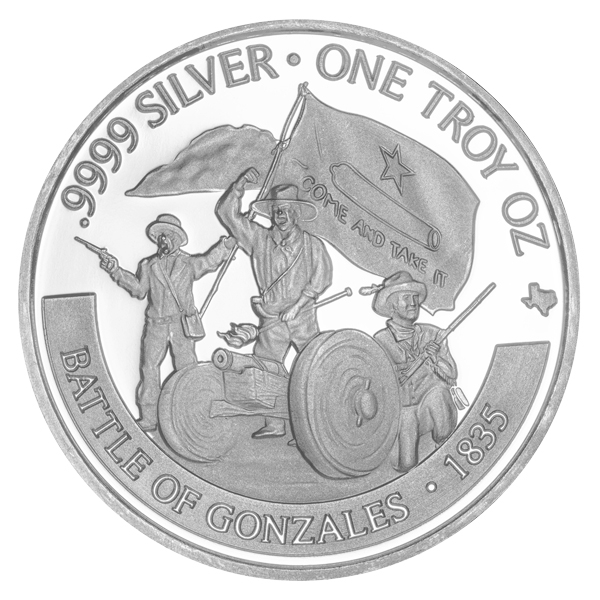 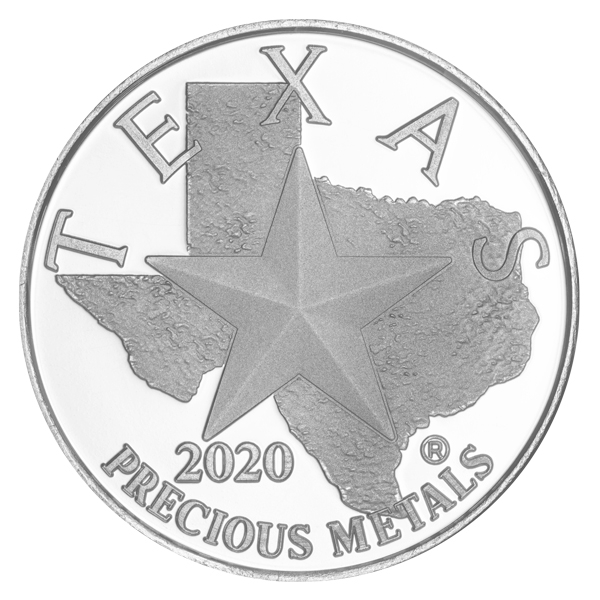 The stunning 2020 Texas Silver Round depicts a scene from the Battle of Gonzales, with three Texian revolutionaries defending the famous Gonzales cannon, while brandishing the Come And Take It Flag. The Texas Silver Round’s specifications – “.9999 Silver • One Troy Oz” – are engraved over the Capitol, communicating the unique purity of this round only matched by select products from the Royal Canadian Mint and the Perth Mint of Australia. The trademarked silhouette of Texas mint mark, the official mint mark for the Texas Mint, is visible to the right of the Come And Take It Flag. The weight and purity of the round are guaranteed.