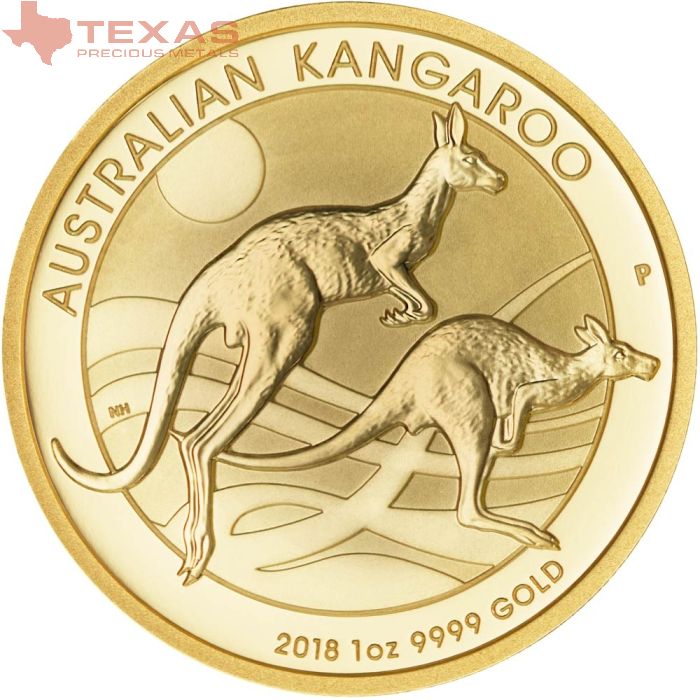 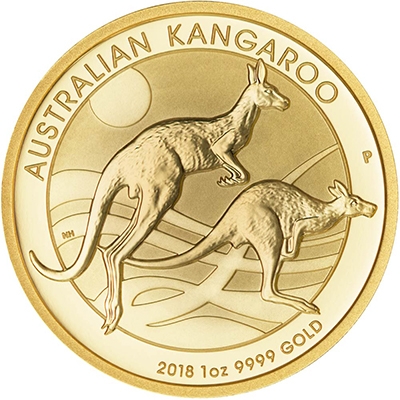 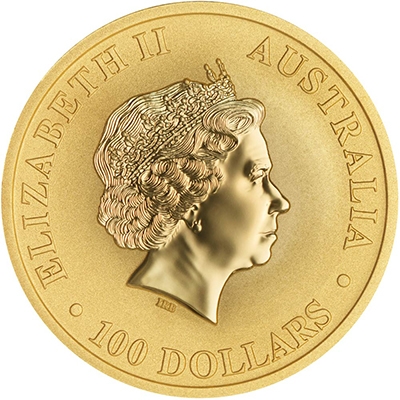 The 2018 1-ounce Gold Kangaroo Coin from the Perth Mint is a stunning design that highlights its 99.99% pure gold content. This brilliant coin is considered legal tender by the Australian government and has a face value of $100 AUD. A series that began in 1986, the 2018 coin marks the 32nd year of production for one of the Perth Mint’s most popular coin series. With its high gold content and legal tender status, the 1-ounce Gold Kangaroo Coin is an excellent way to diversify an investment portfolio.

The history of the Gold Kangaroo originates in 1986 when it was first introduced by the Gold Corporation (today’s Perth Mint) as the Australian Gold Nugget due to its depiction of an Aussie lump of gold on its reverse face. In 1989, the reverse image was replaced by a more iconic Australian image, the red kangaroo, intended to celebrate Australia’s most famous marsupial. Every year since 1999, the coin design is updated, promoting collectability because of each year’s unique characteristics.

The reverse side of the 2018 coin portrays two kangaroos in mid-bounce, making their way across a hilly rural landscape, with the bright Australian sun shining down on their muscular figures. The detailed engraving emphasizes the kangaroos’ powerful legs, long tails, and wavy fur. In addition, each kangaroo has a different expression and distinct facial features. Etched over the top half of the coin are the words “AUSTRALIAN KANGAROO.” The bottom half of the coin is engraved with the year of production “2018”, the coin’s weight “1 oz”, and the coin’s metal content ”9999 GOLD”. Just above the head of the smaller kangaroo, investors can find the Perth Mint’s traditional “P” mintmark. The Gold Kangaroo’s unrivaled quality and detailed wildlife design make it appear as though the kangaroos are about to leap right off the coin into collectors’ palms.

The obverse side of the coin features the right profile of Queen Elizabeth II as sculpted by Ian Rank-Broadley. Also depicted are the coin’s monetary denomination “100 DOLLARS” as well as the words “AUSTRALIA” and “ELIZABETH II”. The royal crown is gently nestled into the Queen’s wavy golden hair, and every individual facial feature from her eyebrows to her lips to her nose are sculpted in perfect likeness. The creator of the profile, Ian Rank-Broadley, is a British sculptor who has produced many famous works of art including several designs for British coinage. In 1997, his engraving of Queen Elizabeth II was chosen as the winner of the Royal Mint competition for the new design of Queen Elizabeth II to appear on the obverse side of circulated and other Commonwealth coinage from 1998 onward. The imagery of the Queen is common to all Australian coinage and indicates the backing of the Australian government.

Mintage of the 1-ounce coin is currently unlimited and launched worldwide on October 23, 2017. Every year, collectors eagerly wait for the newest coin in the series, making it one of the most anticipated products to annually release from the Perth Mint.