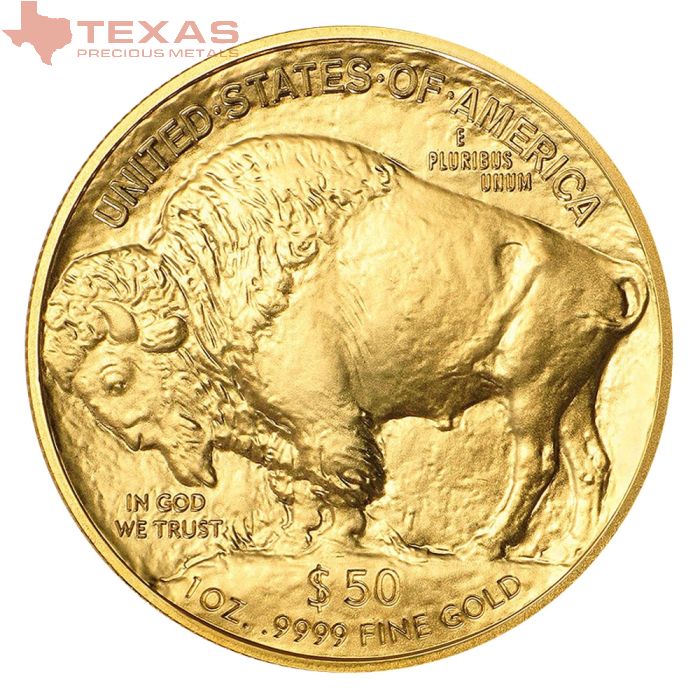 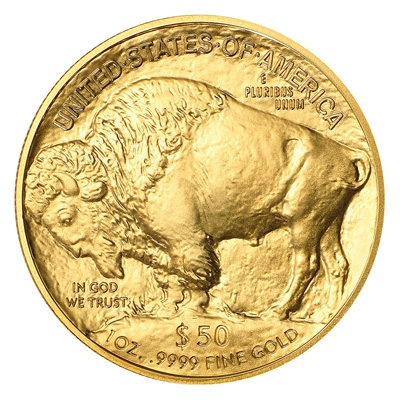 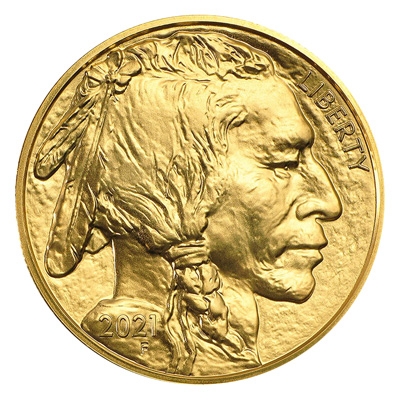 The obverse of the coin spotlights a right-facing portrait of a Native American chief. Fraser combined the features of three Native American tribe chiefs – Chief Iron Tail of the Lakota Sioux, Chief Two Moons of the Cheyenne, and Chief Big Tree of the Kiowa – in order to create an authentic depiction. The word “Liberty” is beautifully inscribed in the top right corner of the coin, and its mint year is marked on the chief’s shoulder. Fraser incorporated his signature on the obverse of the coin in the form of a small “F” located directly beneath “2022.”