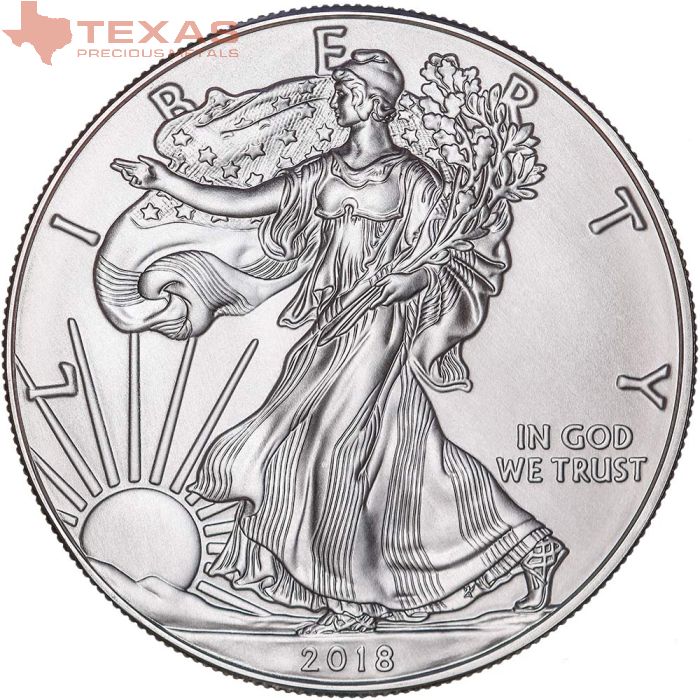 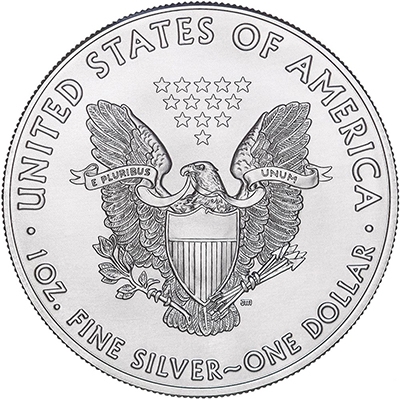 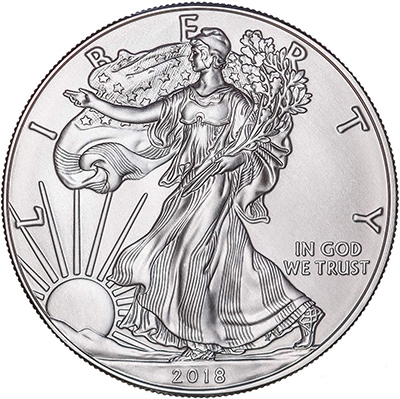 The U.S. Mint is excited to announce the 2018 release of their American Silver Eagle bullion coin. As the official silver bullion coin of the United States, the coin was first introduced into the market in 1986 after the 1985 Liberty Coin Act approved its mintage. With a demand-based production, the coveted coin has skyrocketed in popularity among investors and collectors in the past decade, and it is estimated that more than 44 million American Silver Eagles were struck and sold in 2014 alone.

The 2018 American Silver Eagle bullion coin is comprised of one troy ounce of 99.9% pure silver and contains a .07% addition of copper to increase the coin’s resilience. It has a face value of US$1 and is government-backed legal tender. Both the U.S. Mint and the U.S. government guarantee the purity, weight, and content of the IRA-eligible American Silver Eagle bullion coin.

In the scene, a confident Lady Liberty proudly marches toward the westward setting sun. The American flag billows around her shoulders, and she carries laurel and oak branches in her left arm, symbolizing American civil and military glory. The mint year is inscribed underneath Lady Liberty’s forward-moving foot, and the phrase “In God We Trust” is boldly engraved in the open space located on the lower right corner of the image. Large capital letters arch across the top of the coin, spelling out the word “Liberty,” and further encapsulating the design’s intentions to express U.S. symbolism.