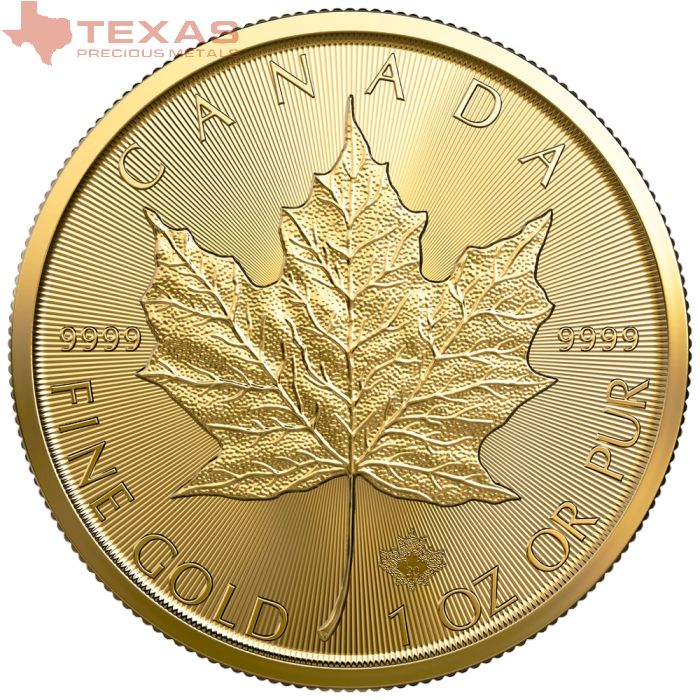 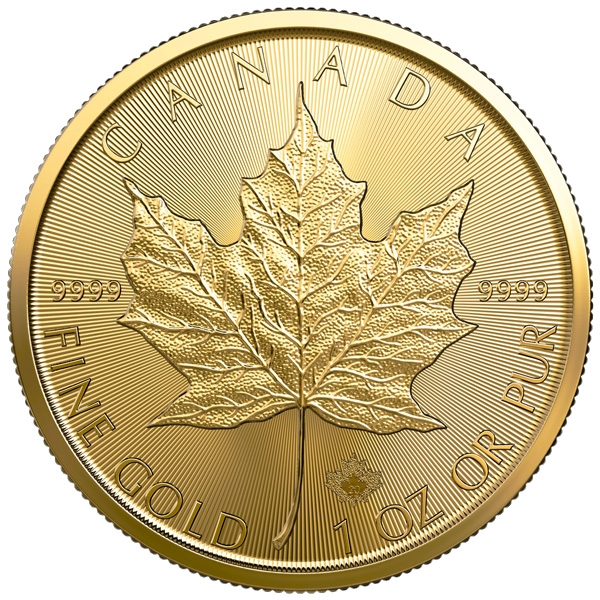 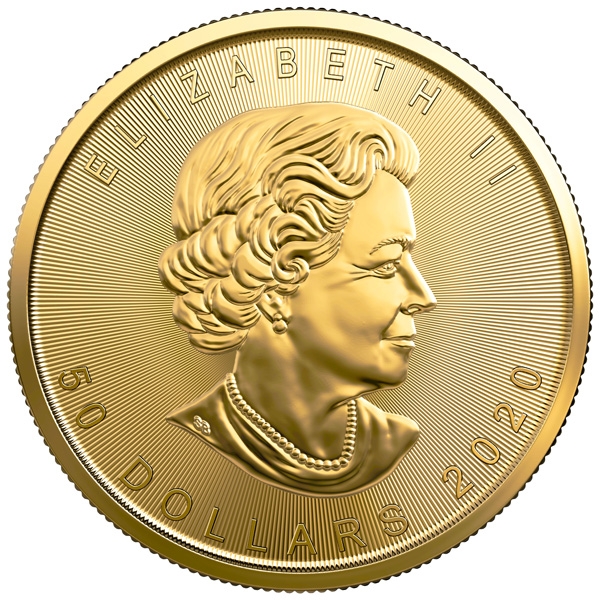 The 2020 Canadian Gold Maple Leaf carries on the legacy of the Royal Canadian Mint’s presence in the precious metals industry through the annual release of this iconic 1-ounce gold bullion coin. After already elevating the level of gold purity standards to previously uncharacteristic heights, the RCM has revolutionized the bullion coin authentication and counterfeit defense. Every Gold Maple Leaf bullion coin issued in 2018 and beyond will be enhanced with the Royal Canadian Mint’s three state-of-the-art security advancements: a micro-engraved maple leaf authenticity mark, a light-diffracting radial pattern, and Bullion DNA Anti-Counterfeiting Technology. Award-winning security technology, in the form of a minuscule mark that resides in the negative space located on the lower right corner of the coin’s reverse, protects the authenticity of the newly released 2020 Gold Maple Leaf bullion coin. Micro-engraved onto the coin with a laser, the mark consists of the year-of-issue numeral, “20,” only visible under magnification, enclosed within an intricately textured maple leaf. The specificity and size of the mark allow it to function as a point of inspection used when validating a Gold Maple Leaf bullion coin as genuine.

The 2020 coin, as with all of its predecessors, features the original maple leaf reverse design that has remained practically unaltered since its original appearance on the RCM’s first Gold Maple Leaf bullion coin. With sharp borders, crisp veins, and deep shadowing, the impeccably realistic maple leaf illustration is the focal point of the reverse. The embossed maple leaf is interposed between the duplicated numeral arrangement “9999,” which denotes the percentage of pure gold in the 1-ounce coin. “Canada,” the coin’s country of origin, arches across the top of the circular frame, mirrored on the bottom by the specifications of the coin inscribed in both English and French: “Fine Gold 1 Oz Or Pur.” A classic right-facing portrait of Her Majesty Queen Elizabeth II graces the obverse of the Gold Maple Leaf bullion coin. It is Her Majesty’s most recent effigy, designed in 2003 by Canadian artist Susanna Blunt, and it is proudly pictured on the obverse of all current Canadian coins. This representation stands out when compared to past portraits of the Queen, as she opted to forgo wearing the royal crown in observance of the relaxed style that her father, King George VI, decided to embrace in his 1937 effigy. The regal image is surrounded by the Queen’s name, “Elizabeth II,” the coin’s Canadian face value of “50 Dollars,” and the year of issue, “2020.”