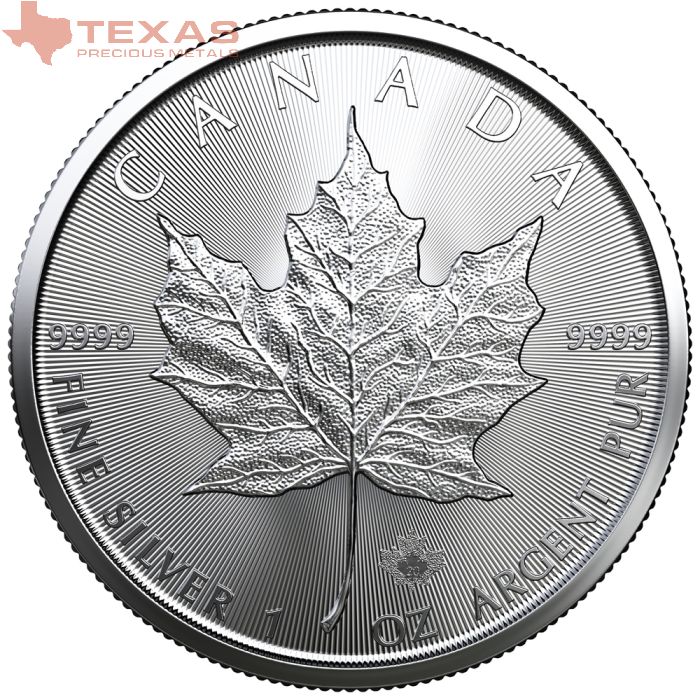 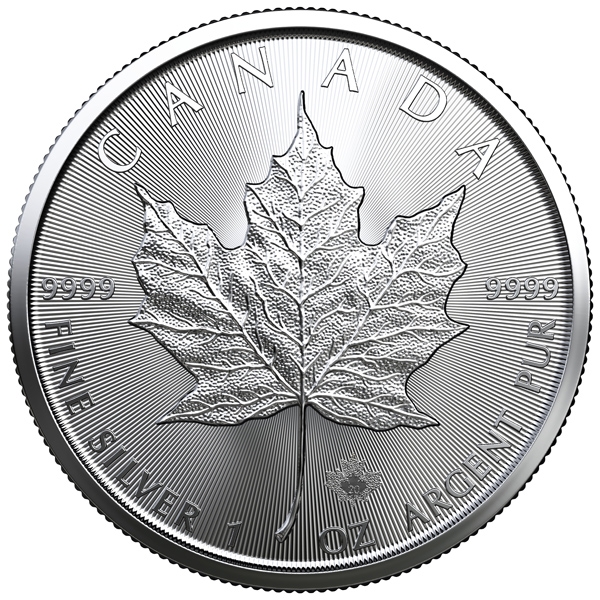 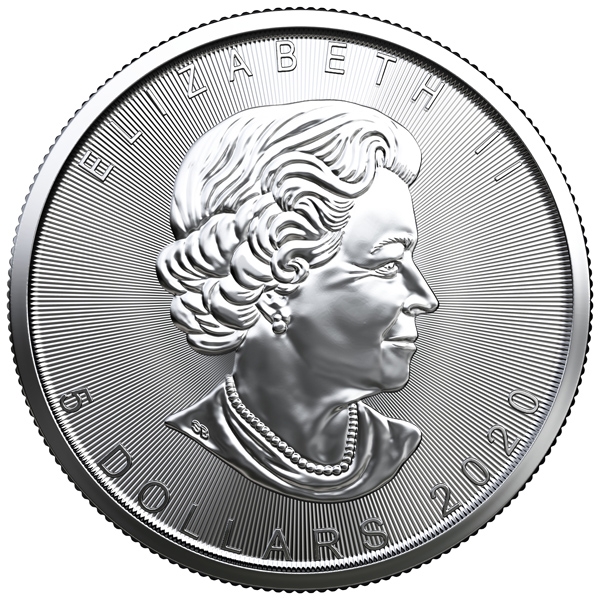 First released in 1988, the Canadian Silver Maple Leaf – comprised of one troy ounce of 99.99% pure silver – is one of the Royal Canadian Mint’s staple bullion pieces. The 2020 Canadian Silver Maple Leaf bullion coin exemplifies the epitome of the RCM’s advancements in incorporating technology and security into the coin’s design, a feat they have continued to perfect with each mint year’s release.

The authenticity of the newly released Silver Maple Leaf bullion coin is protected by award-winning security technology in the form of a minuscule mark that resides on the reverse of the coin, placed in the space directly to the right of the maple leaf’s stem. Micro-engraved with a laser, the mark consists of a textured maple leaf that contains the year-of-issue numeral “20,” only visible under magnification, in its hollowed-out center. The mark can then be inspected to validate a 2020 Canadian Silver Maple Leaf coin as genuine.

A light-diffracting pattern of radial lines emanates in the backgrounds on both the obverse and the reverse of the 2020 Silver Maple Leaf coin. More than just an aesthetic enhancement, the precise pattern provides a powerful defense against counterfeit reproduction through the specificity and exactness of its line width and pitch. Using meticulous machining processes and master tooling that has been perfected to within microns, the Royal Canadian Mint can ensure that the pattern is reproduced exactly with every single die and on every single coin.

The 2020 coin, as with all of its predecessors, features the original maple leaf reverse design, practically unaltered, from the RCM’s 1988 Silver Maple Leaf bullion coin. With sharp borders, crisp veins, and deep shadowing, the impeccably realistic maple leaf illustration is the focal point of not only the reverse, but the entire coin itself. The embossed maple leaf is interposed between the duplicated numeral arrangement “9999,” which denotes the purity percentage of silver in the 1-ounce coin. “Canada,” the coin’s country of origin, is inscribed in an arch across the top of the circular frame, mirrored on the bottom with the specifications of the coin written in both English and French: “Fine Silver 1 Oz Argent Pur.”

The obverse depicts Her Majesty Queen Elizabeth II in a classic right-facing portrait. Designed by Canadian artist Susanna Blunt in 2003, it is the most recent effigy of Her Majesty, and it is the portrait that graces the obverse of all current Canadian coins. This representation is distinct from the Queen’s past portraits because of her decision to forgo wearing the royal crown, a choice that was also made by her father, King George VI, in his 1937 effigy. The regal image is surrounded by the Queen’s name, “Elizabeth II,” the coin’s Canadian face value of “5 Dollars,” and the year of issue, “2018.”