The last two weeks have been extremely volatile in the markets, and for the first time in a long time my friends and family have called to inquire about “what is going on in the markets?” Coronavirus contagion fears, coinciding with all-time highs in the markets, has been the scapegoat for a rapid, deflationary decline across nearly all markets except bonds, which resiliently continued to fetch a bid. Even the US Dollar, traditionally a safe haven in deflationary swoons, declined.

Here is how I see the markets:

The S&P500 broke out to all time highs in September of 2019 and proceeded on a rapid, almost linear ascent to new highs ~3400. During this period, equities became way overbought, and the fear/greed index topped out at an unimaginable 97/100. These levels are/were unsustainable. That this inevitable pullback has been violent and rapid is as much a reflection of the swift ascent of the market as it is any underlying issue or influence of a pandemic. As the saying goes, the market is a staircase up and elevator down.

In the initial decline, I expected the S&P to find support ~ 3030-3060 level, where there was a confluence of rising channel support, horizontal support, and the 200 DMA. This area was also an approximate 10% decline from all-time highs. 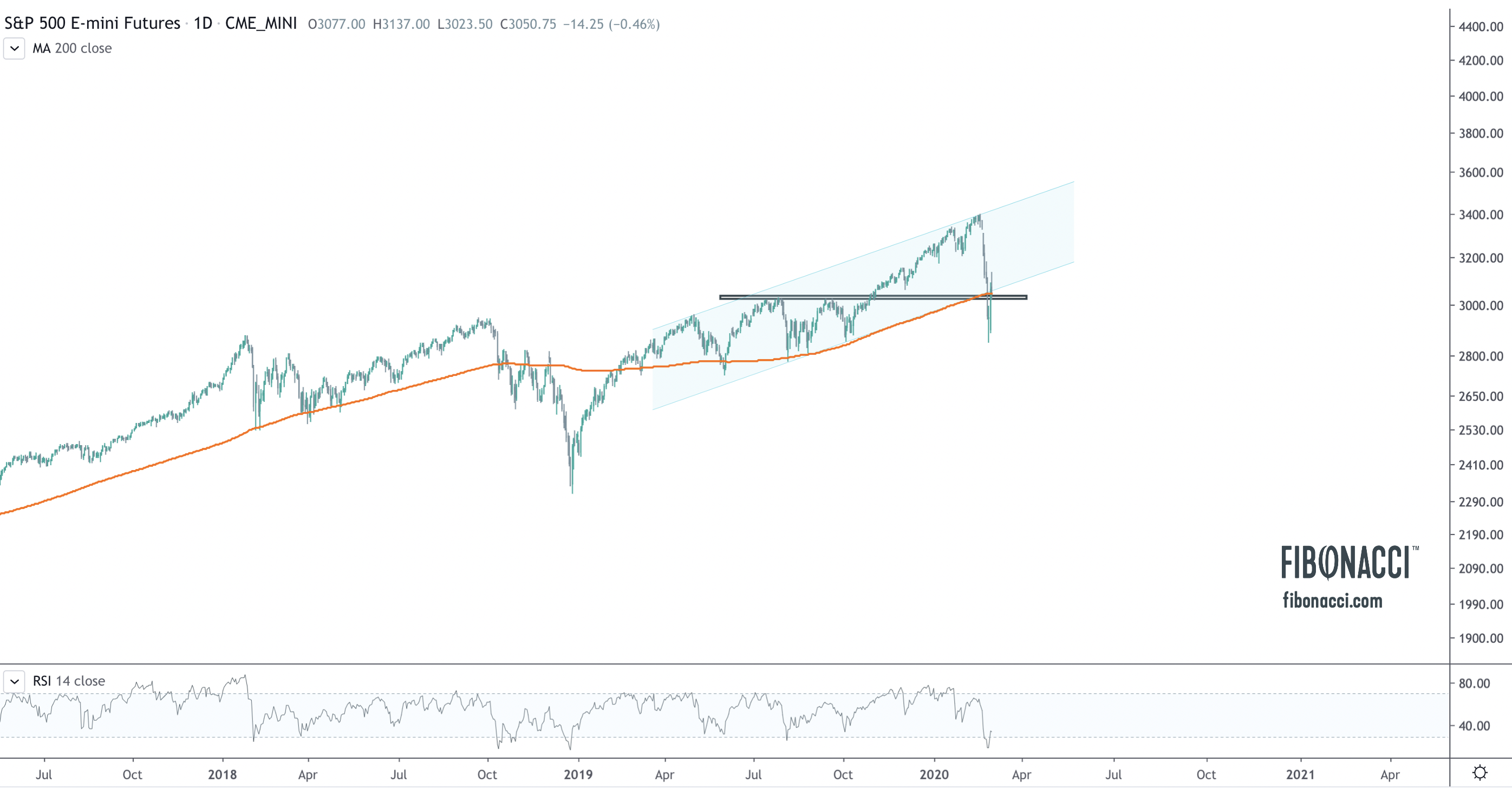 However, equities knifed through these levels on the way to rising channel support from the 2018 low, and in the process reversed the enthusiasm from January, got way oversold, and pushed the fear/greed index to 5/100. This is where we have seen the bounce. 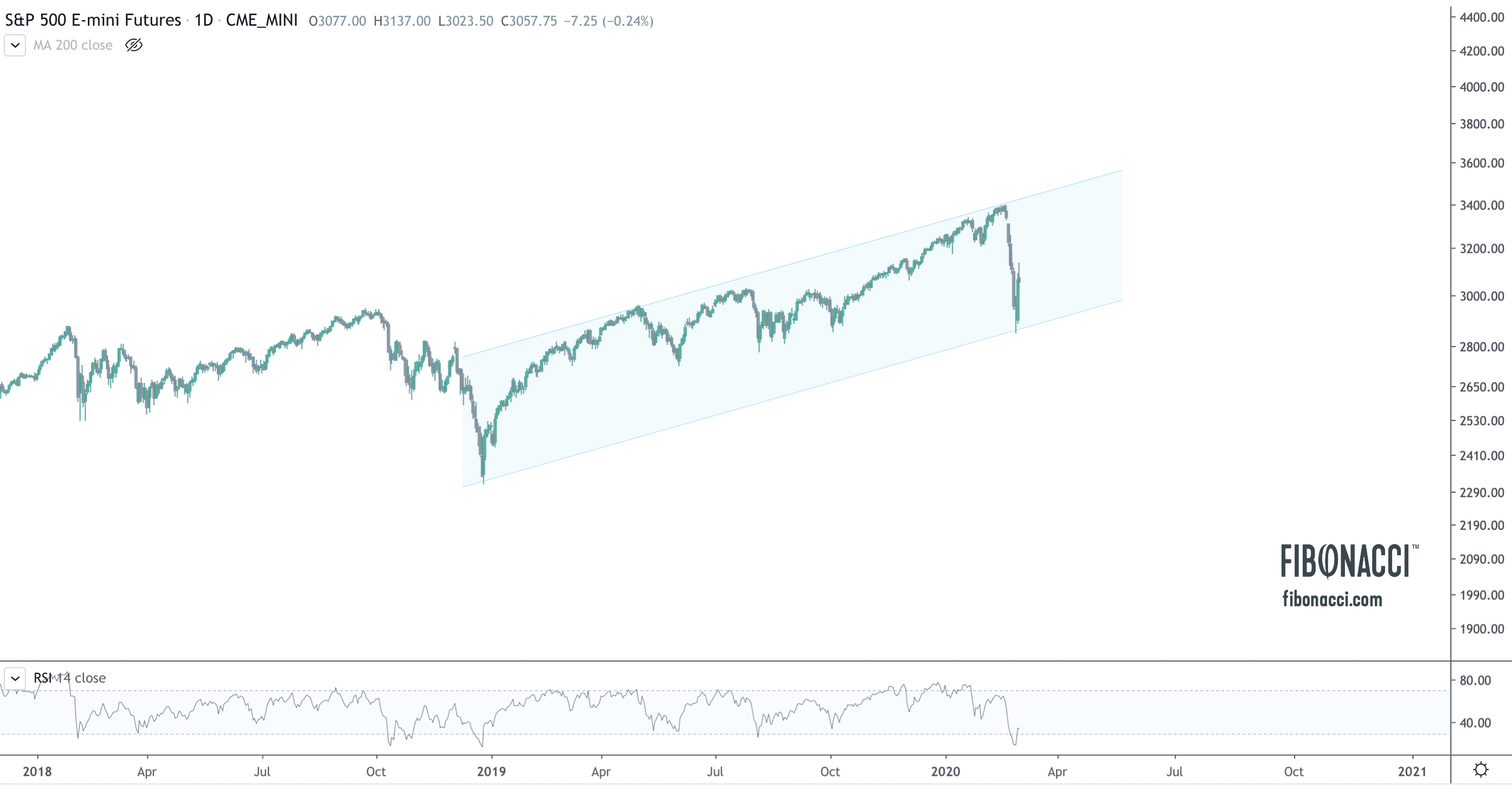 And if we zoom out even further, and use a close-only linear chart to remove the noise and volatility of the candles, the pattern is a really simple (and bullish) breakout and successful retest. Resistance is now support. 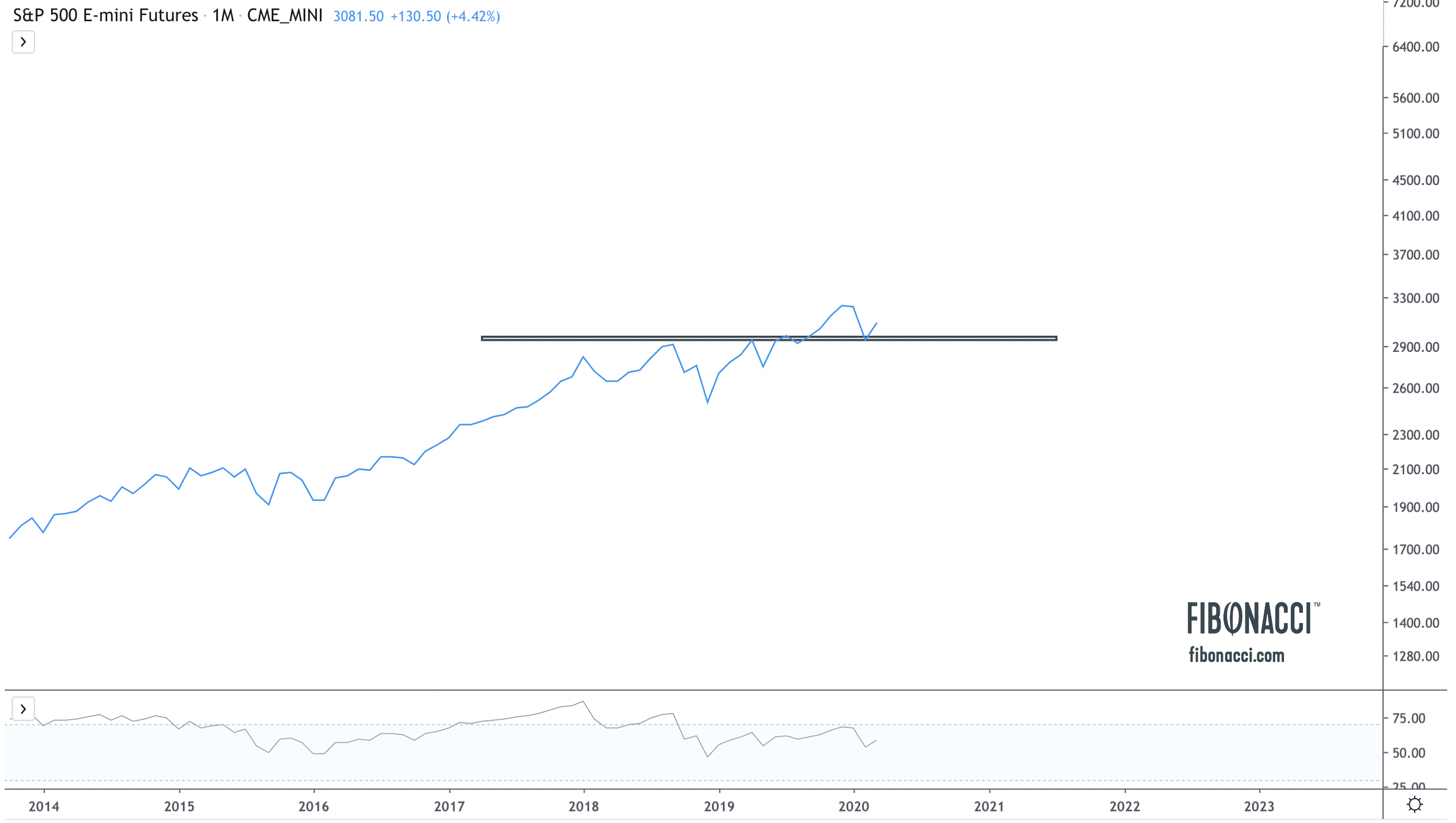 The response to these panicked conditions has been further monetary easing, as the plunge protection team came to the rescue this morning with a significant 50 basis point rate cut, adding further fuel to the bullish case for bonds and reinforcing the thesis that the Fed’s true mandate is supporting the equity market. Using the ETF TLT (20-year treasury bond ETF) as a proxy for the bond market, the chart remains bullish in a rising channel with an initial target of 158 (an area I have targeted for nearly a year). 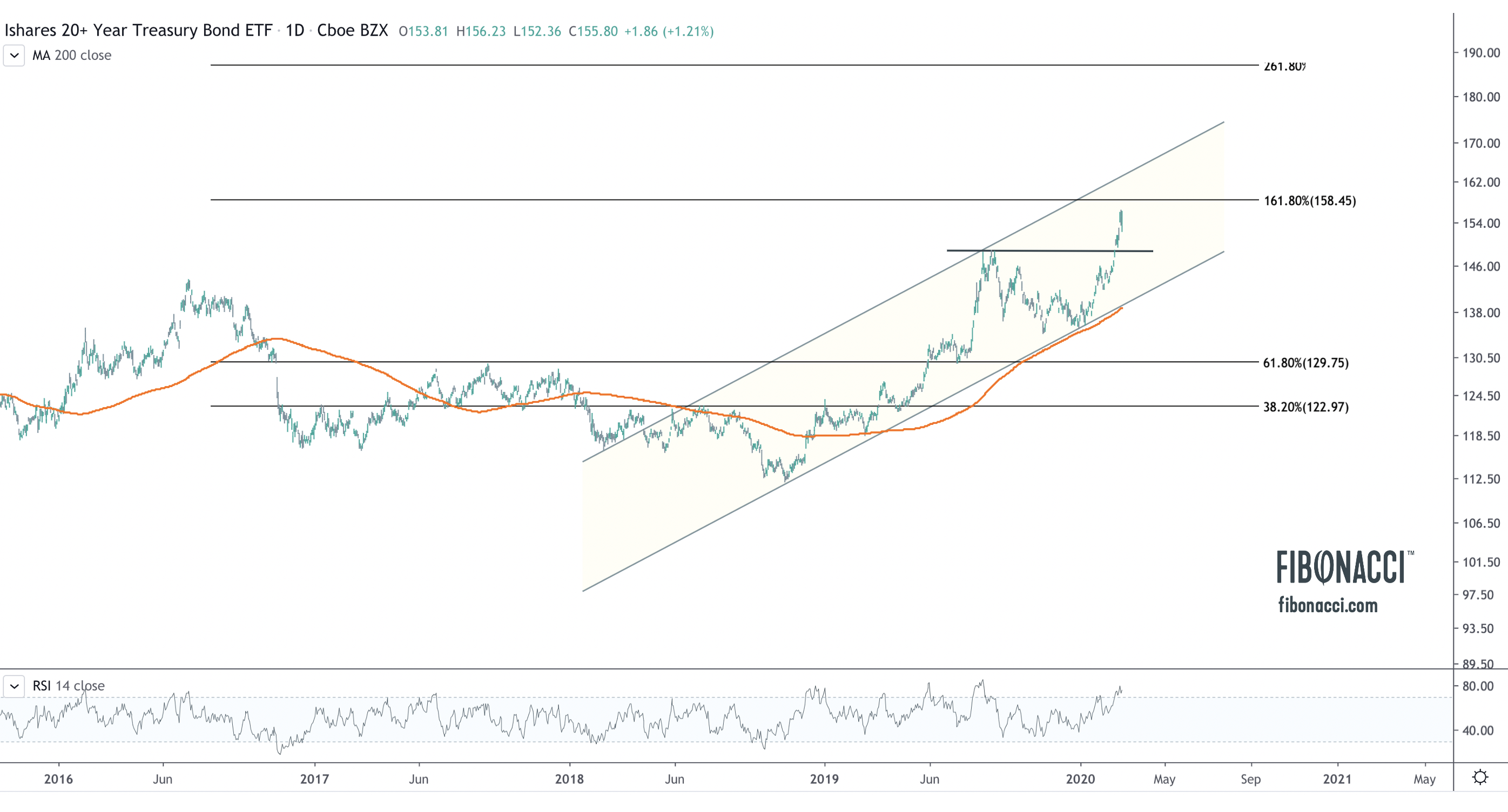 Of particular interest to me is the mortgage-backed securities ETF the MBB, which is the best proxy for the trend of mortgage rates. The January breakout was a signal that the MBB was poised to retest all-time highs at 110+. Based on the strength of this move, I think we get there and eventually break out to new all-time highs. This is going to create a tailwind in the housing market as mortgages get cheaper. Those who already own a home should benefit through the refinance process. 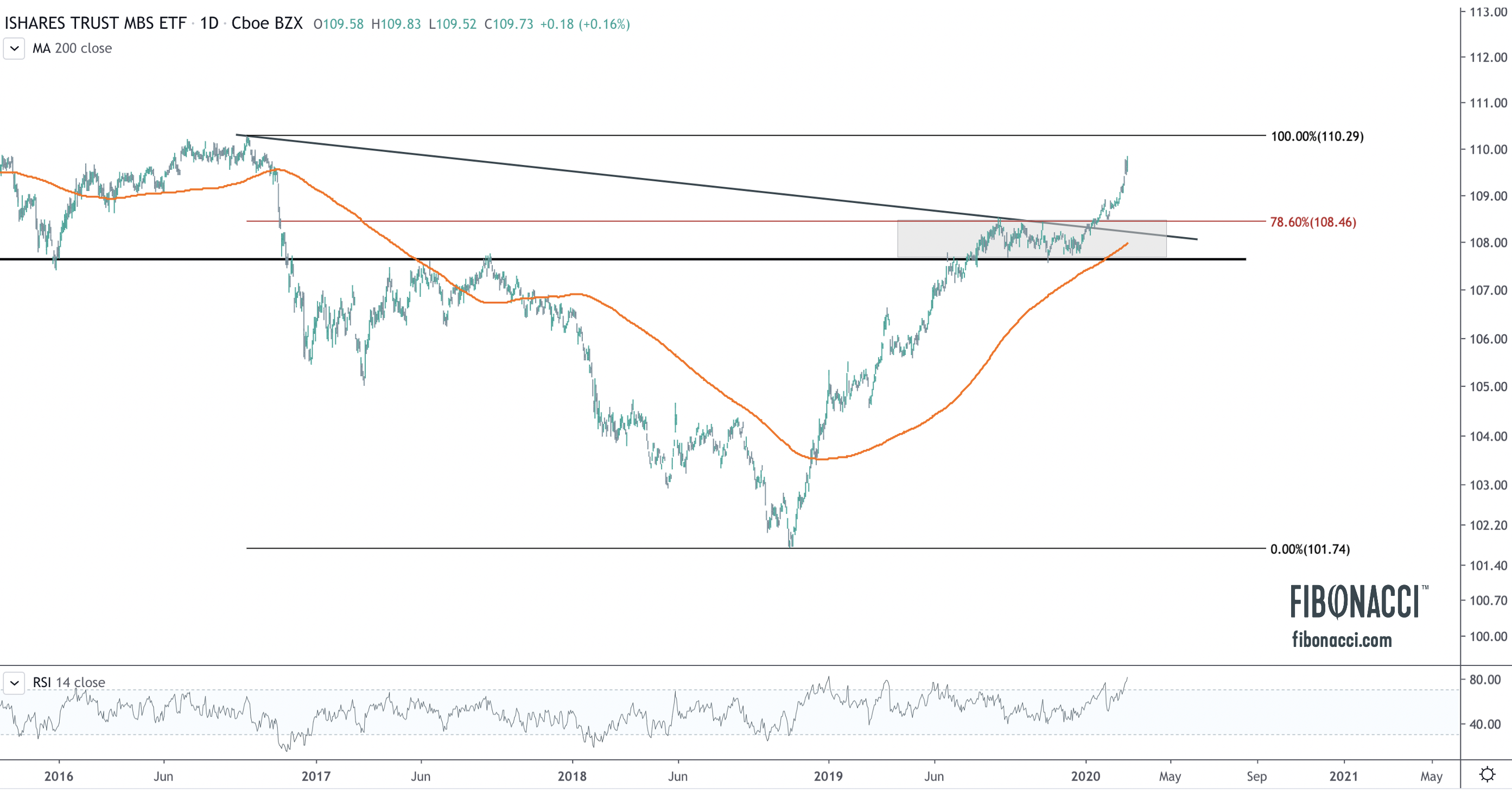 The monetary easing has put a headwind on the US Dollar, which in the recent rise to ~99 reacted to the long term falling trend line and is now falling back towards rising channel support from May 2018. I continue to believe a long term secular resolution for the dollar is coming before year end. 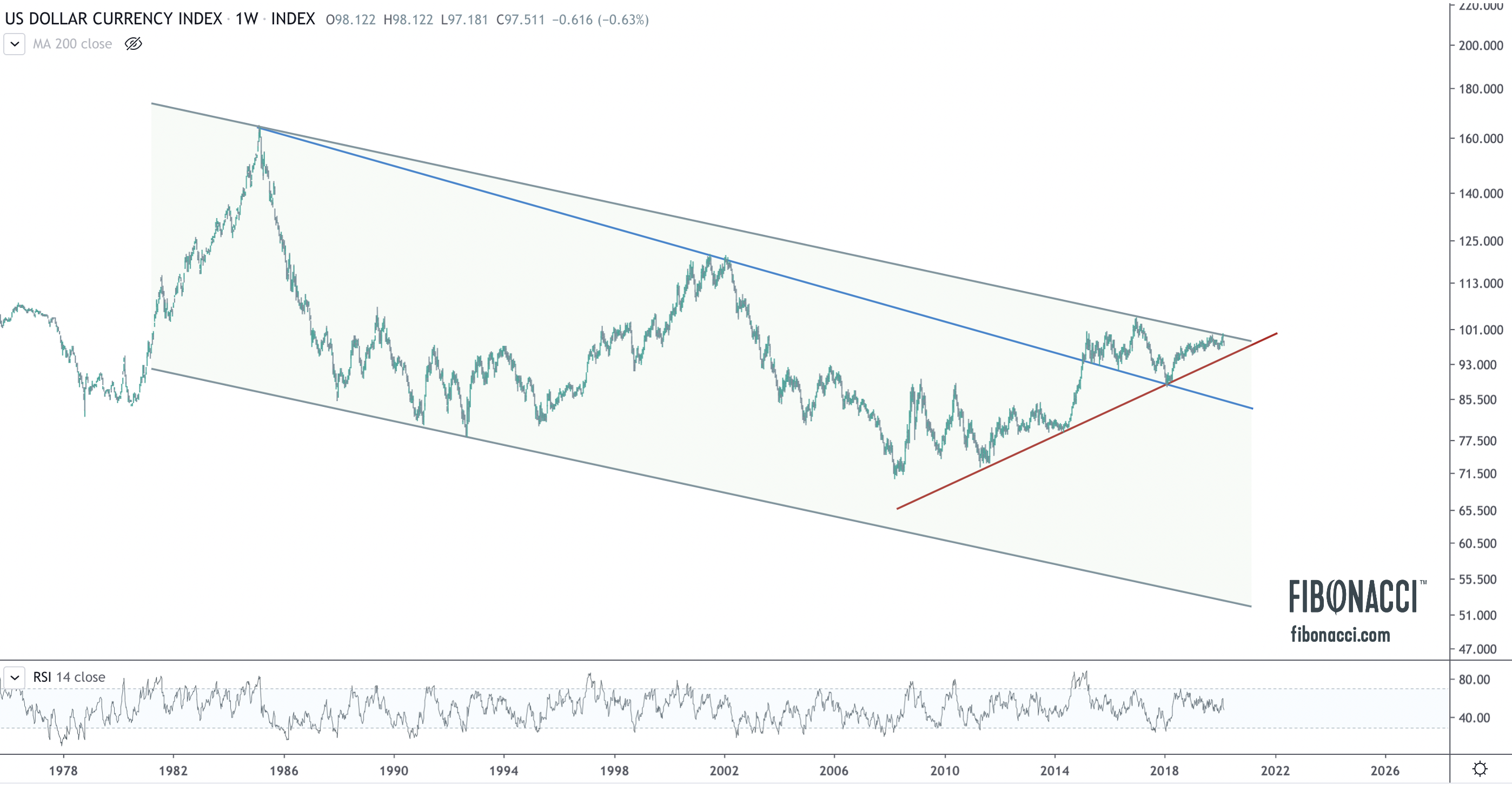 The precious metals sector remains in a strong bullish uptrend. Like the S&P, gold broke out above former resistance to new six-year highs at $1690, and swiftly dropped $100/oz to retest the breakout level. That level is now support, and as of this writing gold has bounced hard back up to $1650. 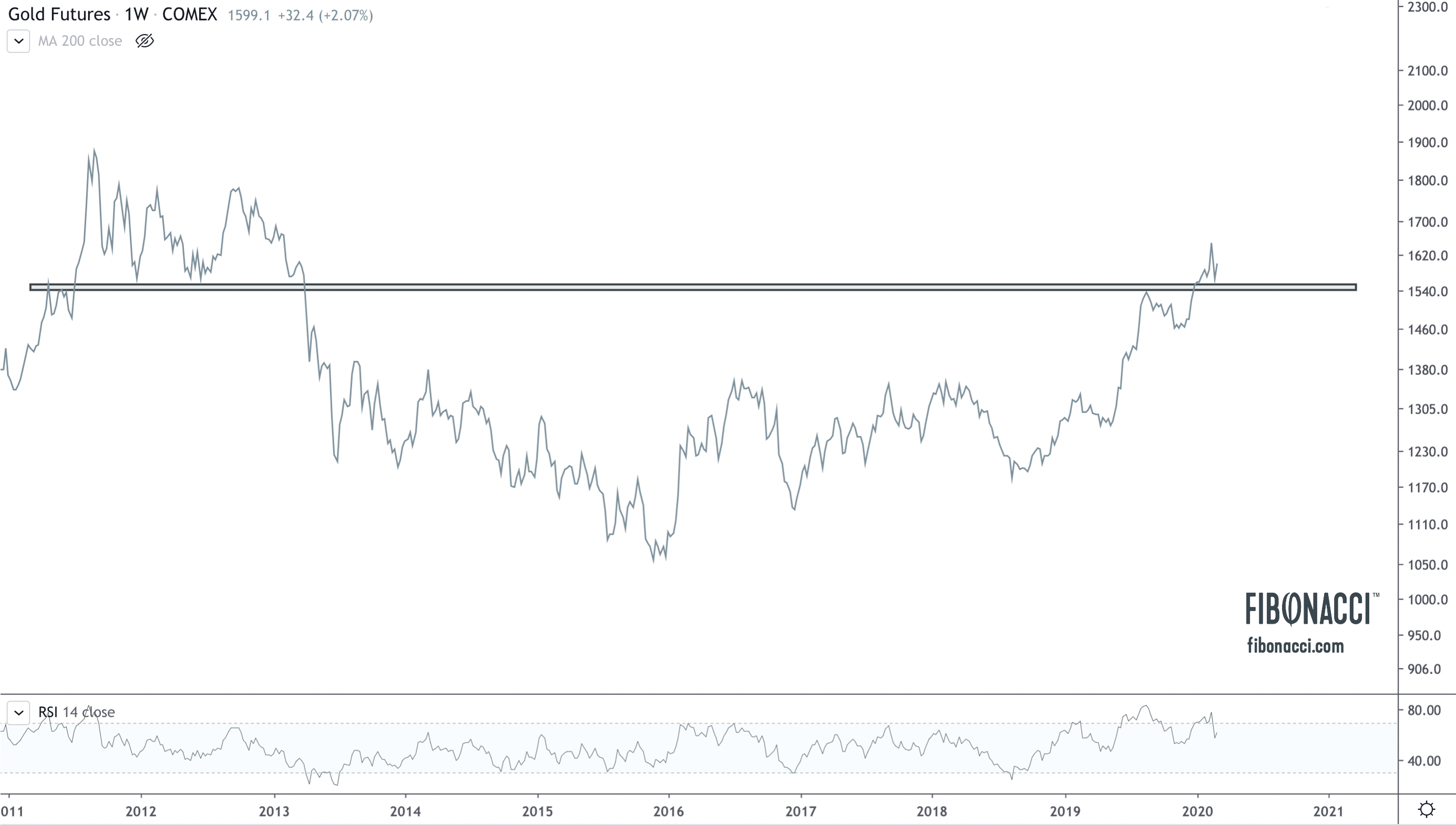 Silver has bounced off of horizontal support and is forming a broadening megaphone pattern. A sustained move above $18.60 should set up a move to $20.70. 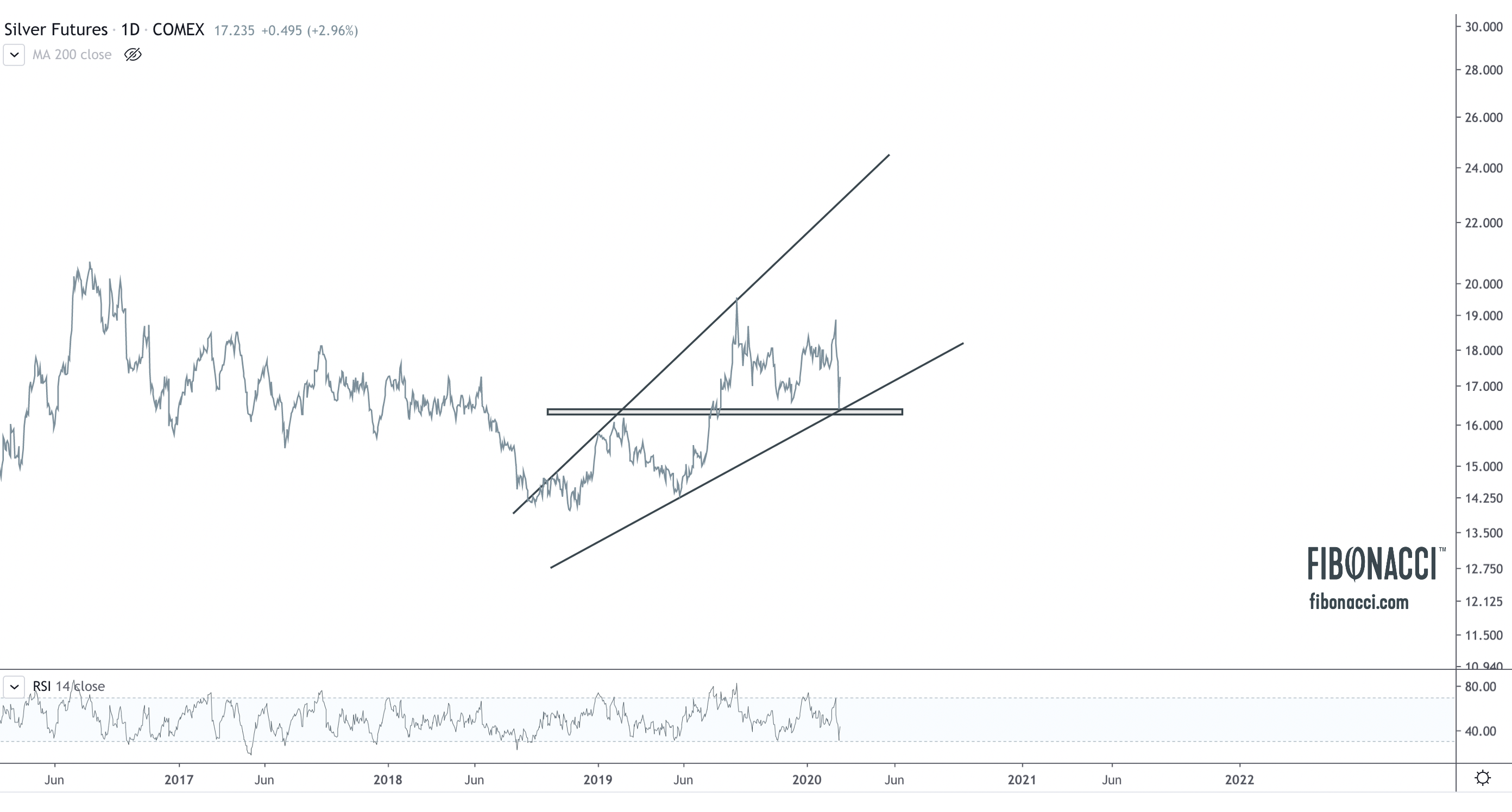 The miners also remain in a bullish uptrend. Support has held for GDX, which is consolidating in a rectangle pattern just below resistance at 31. The measured move on a breakout would target the 36-37 level, which coincides with the 50% Fibonacci retracement.

Horizontal support and rising channel support also held for the Junior miners, GDXJ, which seem poised for another run at resistance at 52. 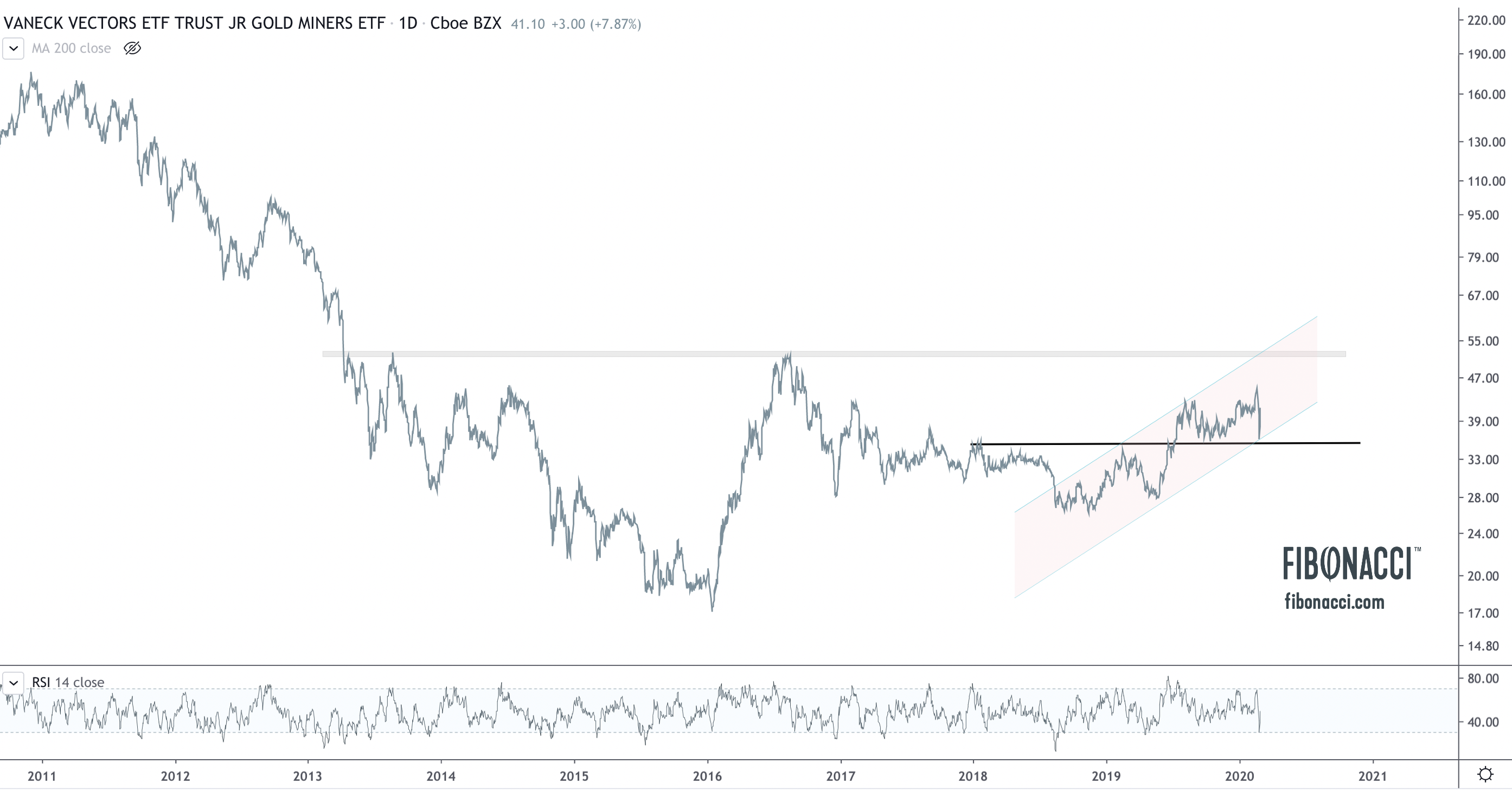 As always, whether you agree or disagree, we would love to hear your feedback.